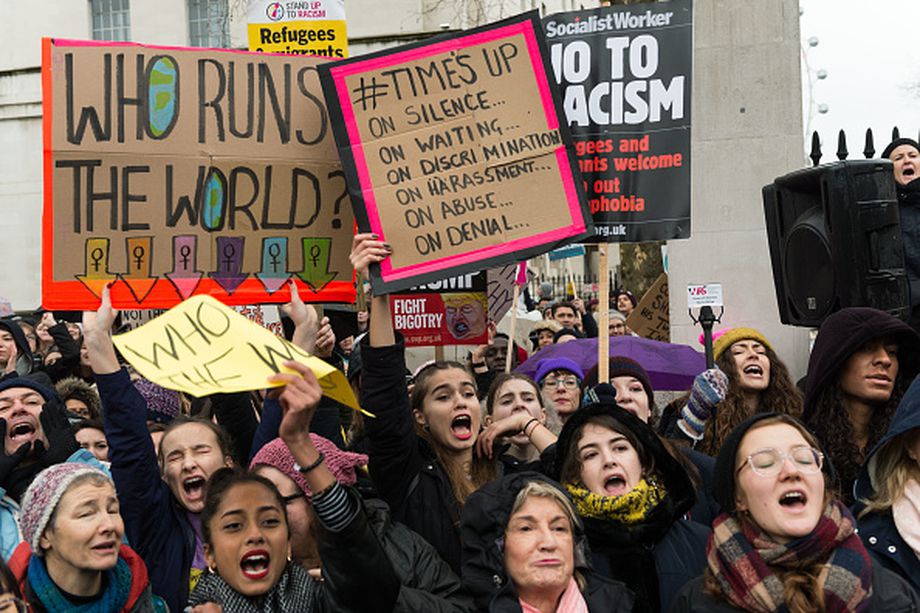 The single greatest antidote to poverty and social stagnation is the emancipation of women. Wherever this has been tried, wherever women have been empowered to do as they wish, the economy and the culture have been radically improved.

A new book by Augusto Lopez-Claros, a senior fellow at the School of Foreign Service at Georgetown University, and Bahiyyih Nakhjavani, an Iranian writer and novelist, is among the first to comprehensively test this proposition by surveying data from 189 countries. Titled Equality for Women = Prosperity for All, the book shows how gender inequalities – in education, income, law, employment, and wages – lead to instability and chaos at almost every level of society.

I called Lopez-Claros to talk about the links between gender inequality and political instability, how discriminatory laws hold women back, and what we can do to push societies toward more gender equality.

A lightly edited transcript of our conversation follows.

What happens to a society when women are deprived of their rights?

One useful starting point to answer your question is to look at how discriminations are embedded in countries around the world – in constitutions, civil codes, family law, tax codes, labor codes, and every legal instrument that you can imagine having an impact on how the law treats women compared to men.

The World Bank did this for 189 countries, accounting for 98 percent of the global economic output, and we discovered that, as you might expect, discriminatory laws lead to highly unequal societies, especially in terms of income and employment and property ownership. They also discourage women from joining the labor force and from engaging in civil society, so you get not only unequal societies but also huge gaps in participation rates – in the job market, in politics, in education – of women relative to men.

This is terrible for social progress and for the economy, but one of the worst things this does is poison the future, because you get fewer women in school relative to boys and the effects of that spill into the next generation, and so you end up in this spiral of poverty and dysfunction that is hard to escape.

Can you give me a sense of some of the more common forms of discrimination you found?

Access to the labor market is huge. Many occupations are simply forbidden to women precisely because they’re women. In many places, you find that women have to obtain authorization from their husbands to obtain a bank account or even to travel. And then there’s the issue of property rights. Often the law treats women and men fundamentally different in terms of what they’re entitled to and on what basis.

Does the tax system provide benefits to men that it doesn’t provide to women? What about access to credit? In some countries, for instance, the law gives control of household assets to the man, and this very much restricts the ability of women to use the property as collateral to access the financial system.

These are the sorts of things we looked at, and we wanted to know how they impacted the societies in which we found them.

Let’s talk about that. What is the direct link between gender inequality and political instability?

The biggest impact of gender inequality is on income inequality. We have data that shows that countries that make it more difficult for women to access the labor market have higher levels of income inequality. And if you think about the intuition behind this, it makes sense. If you’re discriminating against half the population, how can that not worsen income inequality?

Political scientists have long understood how corrosive income inequality can be to political stability. There is pretty clear evidence that democracies with large gaps in income have a much higher probability of breakdown than those with a more egalitarian income distribution. So this gender inequality feeds directly into political instability.

The data suggests overwhelmingly that gender equalities lead to more wealth and less poverty, and of course, equal access to education is a huge component of that. More education leads to lower birthrates because women have more knowledge about family planning and more opportunities to enter the labor force and earn money.

Lower fertility levels help reduce child mortality, and they expand the range of educational opportunities that are available to the next generation. All of these factors combine to boost economic growth and higher income per capita.

On the other hand, to address the other half of your question, we have several examples of high-income countries, especially in the Middle East, that have very high levels of discrimination against women. So it doesn’t automatically follow that as countries become richer, all of a sudden, gender equality improves.

When you look around the world, is the gender gap shrinking, however slowly?

If you look at the whole world, there are something like 30 countries with 10 or more such discriminations embedded in their laws, in their national legislation. And most of these are located in the Middle East and North Africa region and, to a lesser extent, in sub-Saharan Africa.

A couple of years ago, the World Bank did a 50-year comparison of the laws for 100 countries (from 1960 to 2010) to get a sense of the progress made, and they found that there was progress made pretty much everywhere except in the regions I just mentioned above. And in some countries, like Iran, women were actually worse off in 2010 than they had been in 1960.

And fundamentally this is about a lack of political power, right?

Absolutely. In each case, you find that women have not been politically empowered. That’s what keeps these restrictions in place. The voices of women simply are not heard in many of these countries. The men in these societies have largely appropriated for themselves the making of the rules and the content of the laws. They are the ones who sit in parliamentary committees, who are finance ministers, who are governors, and so on.

Just consider this incredibly revealing statistic: We have nine female heads of government in the world among 193 members of the United Nations. That’s astonishing, and really puts the problem in perspective.

Part of the solution to this, as you argue in the book, is to establish quotas for women on corporate boards and in parliaments. What’s the case for this policy?

First of all, quotas are becoming more and more popular. Something like 40 percent of the countries in the world have introduced some kind of quota for women in terms of participation in national parliaments and local government.

There are also attempts underway to increase the participation of women in corporate boards, largely because a number of studies have found a positive correlation between companies with women on their boards and their financial success.

There was actually a very interesting study in the United Kingdom a couple of years ago looking at the gender composition of company boards that showed that companies with greater female participation on their boards were less likely to be hit by corporate governance scandals involving bribery, fraud, and other factors, which can depress business confidence and therefore hinder economic growth.

Now, having said that, there is a lot of very encouraging evidence when you compare countries that have quotas with countries that don’t. Let me give you two or three examples, which I think illustrate this very nicely.

Quotas also seem to have an effect on government spending priorities. A number of studies have shown that where quotas exist, either at the level of parliament or at a lower government level, there is more spending going to social services and the kinds of infrastructures that are more helpful for women – and you can see this across the world.

So there’s a growing body of evidence showing that having greater participation of women is not just a victory for human rights; it’s actually a big boost to the economy.

Apart from the policies you just laid out, are there other reliable ways to push societies toward more gender equality?

One of the problems we face is that we have deeply ingrained prejudices that have led many people in many parts of the world to essentially pass on to succeeding generations beliefs about gender roles that are no longer in keeping with empirical evidence or the kind of 21st-century world we live in.

There was a great, interesting book written a couple hundred years ago called A Vindication of the Rights of Women, by Mary Wollstonecraft, which we quote in the book. She made a very clear and simple point: Women are not inferior, and their apparent lack of accomplishment has nothing to do with intrinsic inferior capacities but has everything to do with lack of opportunity and access.

So it seems to me that one of the challenges we face is how do we change deeply ingrained attitudes and create a more open, tolerant, and just world?

As you know, there are some people who push back against arguments like yours, and say that different cultures have different values and we should not impose our values on them. What’s your response to this?

Our response to this is simple: Who is speaking for whom in these places where women are being repressed? Is it men or women? Because what you often find is that men have appropriated for themselves the right to speak on behalf of women.

Did anyone in Afghanistan, for example, ask the 11 million Afghan women whether they wanted to be able to work or to send their daughters to school? Or was it the Taliban who imposed this on them?

So basically our argument is about spokesmanship – who speaks on behalf of whom, and what is asserted on the basis of force rather than freely granted popular support. When leaders hold on to power at the cost of the rights and freedoms of others, their legitimacy is most likely to be self-serving and less likely to be freely given. So that’s essentially the argument that we make.

As you look around the world at this moment, what forces or institutions pose the greatest challenge to the empowerment of women?

We live in a world in which, at the moment, we have roughly 800 million people who live on less than a $1.90 a day. That’s the poverty line that is used at the World Bank for extreme poverty. We have close to 800 million people who are illiterate, who can’t read and write; in other words, they don’t have access to the most important tool in the 21st century for coming out of poverty. And then we have roughly another 800 million or so children who are malnourished.

Women are overwhelmingly represented in each of these three groups. In most cases, they account for two-thirds of these populations. So there is a huge scope here to allocate scarce resources more efficiently and to improve the quality of governance.

I think there is also a role for international organizations, such as the IMF [International Monetary Fund] and the World Bank to consider using the great leverage they have, especially in the developing countries where many of these restrictions are located, to press countries to be more proactive in the elimination of these kinds of discriminations, which continually hold women back.

We believe that eliminating these restrictions is actually a win-win for everybody. There is no downside for the international community pressing governments where there are widespread discriminations against women, or ethnic minorities, or religious minorities. This is an unambiguous good for human beings and for the international economy, and we should fight for these changes.