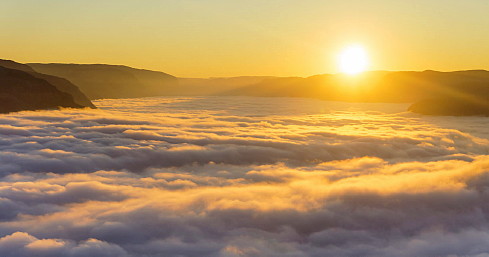 We live in an age in which truth and falsehood sometimes appear indistinguishable and can be disseminated with the speed of light.[1] They can also be amplified a million-fold in the global echo chamber created by the Internet and the use of social media. This is at once a blessing and a curse: a blessing when the information flow carries with it knowledge with the capacity to improve people’s lives, uplift human spirits, convey truth and beauty; a curse when it is used to spread falsehoods, to fan hate and division, or to engage in personal vendettas.

Depending on which of these tendencies prevails, we will either live in a world of facts where governments, the business community, and civil society might interact with each other on the basis of an agreed body of knowledge and truth.  Or we will slide into a world of fiction, an alternative reality of make-believe, where information technologies are misused for nefarious ends, whether to boost the repressive inclinations of the state in many corners of the world or simply and more prosaically to spread lies about a colleague, a neighbor, an estranged spouse.

Indeed, the stakes go beyond the purely personal. It matters for the future of democracy which we choose. For the basis of democracy is surely legitimacy which, in turn, is built on a foundation of transparency, accountability, and the rule of law, all of which rest on the bedrock respect for facts and truth.  These are realities we must face if we do not wish to be swept up in a fog of falsehoods and find ourselves living in a world where the search for justice and the pursuit of truth are regarded, to paraphrase Jonathan Schell, as mirages that appeal to the well-meaning, delusions of those who have refused to face the “harsh realities” of contemporary life. And, of course, it matters for human prosperity as well, the fight against poverty and many of the noble aspirations which motivate the vast majority of my colleagues at the World Bank and that fundamentally have to do with “equipping people and institutions with the means through which they can achieve the real purpose of development: that is, laying foundations for a new social order that can cultivate the limitless potentialities latent in human consciousness.”

As many of you know, six months ago I was accused of leading an effort at the World Bank to manipulate the Chilean data for one of the Bank’s flagship publications, the Doing Business Report. It was alleged that I had political aims and wanted to insert myself and the organization I work for in a country’s internal domestic affairs. Although the accusation was outlandish, I responded immediatelyand am now pleased to share with you the results of the independent audit which was commissioned by the Bank and released to the public today. Truth comes limping after, but perhaps there is a chance that it remains in the room long after falsehood has fled.

“Following the World Bank’s statement of January 18 regarding Augusto Lopez-Claros, a valued member of the World Bank’s staff, we have now received the final independent audit report on the Ease of Doing Business indicators. The audit clearly shows that Mr. Lopez-Claros and all other Doing Business staff, acted with integrity and professionalism. It also proves that any contrary allegations reported in the media are entirely unfounded and without merit.

It is deeply unfortunate that a highly regarded staff member’s ethics were in any way questioned in these circumstances, and we are gratified that the audit has demonstrated the facts clearly and unequivocally.”

[1] Jonathan Swift wrote: “Falsehood flies, and truth comes limping after it, so that when men come to be undeceived, it is too late; the jest is over, and the tale hath had its effect: like a … physician, who hath found out an infallible medicine, after the patient is dead.”