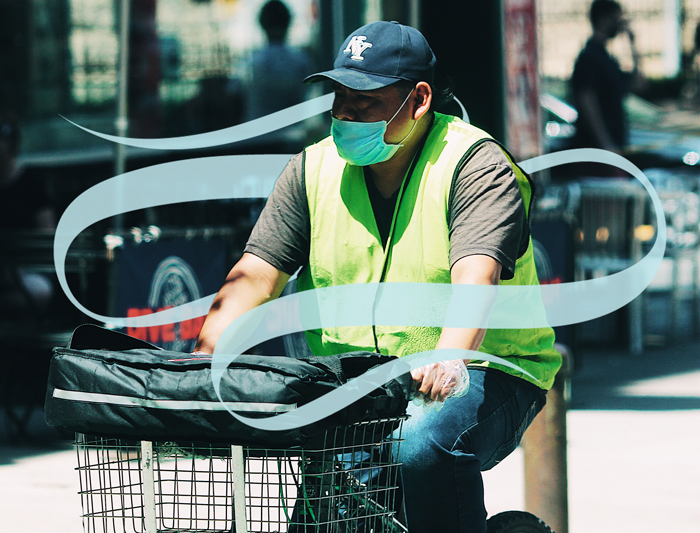 Economic Governance in a Post-Covid World

The COVID-19 crisis is the largest shock to the global economy since the Great Depression of the early 1930s. The impact has been highly destabilising and global in scope and perhaps no statistic captures more eloquently its welfare costs than that for the first time in 3 decades in 2020 we saw a sharp increase in the number of people classified by the World Bank as “extremely poor;” about 120 million people joined the ranks of the very poor, a reversal likely to continue in 2021, the incipient economic recovery notwithstanding. Not surprisingly the crisis has raised multiple questions about our economic system, its resilience to shocks and, more generally, whether it is on a sustainable path. What are some of the lessons that can be drawn from this past year?

COVID-19 has found the majority of countries totally unprepared to deal effectively with its devastating consequences. Even high-income countries have seen their hospitals and public health systems come under heavy strain. However, in the midst of the pandemic, according to IMF data, we continue to spend the equivalent of 6.3% of global GDP in subsidizing petrol, electricity, natural gas and coal, thus worsening climate change and also economic inequality, as 60% of the benefits of these subsidies end up in the hands of the richest 20% of the population. Faced with high levels of extreme poverty, malnutrition and illiteracy in the world, this represents a massive waste of resources. There should be a broad debate about the priorities of public spending, against the background of future claims on public resources linked to population aging, climate change mitigation and adaptation, and the challenges associated with budgets already under strain as a result of the consequences of the pandemic.

Broadening the safety net is a good investment

One characteristic of coronaviruses and similar pathogens is that they pose risks to the entire human species. Smallpox, which until 1967 infected 15 million people annually and was fatal to 2 million of them, was eventually eradicated in 1980. Clearly one central part of the solution will be to expand access to health and basic social protections to a much larger percentage of the world’s population. Not only would this demonstrate solidarity, but also minimize the systemic risk from unprotected populations: vulnerable people must be protected to protect everyone. One important lesson from COVID-19 may be that, in a fully integrated world, solidarity and altruism are not just luxuries for the spiritually-minded but, in fact, are indispensable conditions for survival.

There is a moral case for better social protection, even if this means a fundamental rethinking of the structure of the budget. We live in a world in which a completely accidental event—the nationality of our parents—plays a fundamental role in the prospects we face as human beings. If our parents are Norwegian, we will have enormous opportunities to develop our inherent capabilities. For in Norway, it is highly probable not only that we will safely reach the age of 5, be well fed and educated, and have access to modern medical facilities, but a benevolent state will also provide for us in our old age, since in Norway economic policies have incorporated the concept of sustainability in their design, including in management of public finances and the responsibilities of the state to future generations.

If, however, we are born in any of the low-income countries, we may not survive to the age of 5; and  if we do, we are more likely to become part of the 820 million people in the world who suffer from malnutrition and the development of whose talents may be stunted not only by the lack of good nutrition during the early stages of the development of our brains, but by the absence of quality education. And, of course, on average, we may live to the age of 59, rather than the 79–80 seen in some of the more prosperous high-income countries. Even if one characterises this situation as “a fact of life,” it is a sad commentary on the current state of our world, increasingly under strain from the impact of various forms of inequality. The fact is that this is profoundly unfair; there is no ethical framework in which this state of affairs could be characterized as being consistent with elemental notions of justice.

Strengthening the underpinnings of our systems of social protection—whether through the gradual introduction of something like a universal basic income or by other schemes that are seen to be affordable—would go a long way to helping erase extreme poverty, malnutrition, illiteracy and gender discrimination in an age of plenty. In the age of COVID-19 and future pandemics, it could actually be the socially optimal path, affording greater protection everywhere, including for those most adversely affected in the more prosperous parts of the world. This may well be one of the more enduring lessons from the calamities of COVID-19.

It is necessary to redefine the meaning of national security

In the minds of the majority, the concept of national security evokes images of well-equipped military establishments ready to defend national interests against possible real or imaginary attacks by potential adversaries, while absorbing a significant share of national budgets. But COVID-19 has shown us that, in the midst of a pandemic, the most sophisticated and destructive weapons are totally useless. Perhaps national security will now have to be seen from the perspective of human well-being, from the ability of governments to have well-prepared health infrastructures, a clean environment, a social safety-net, and the resources to continue to educate children and young people in preparation for an increasingly complex world.

Preparing for the next crisis

Against the chaos and destruction of World War II—the nations of the world came together and adopted the UN Charter, a noble set of principles that was supposed to inaugurate a new era in international cooperation, to bring about peace and security, thereby creating a solid foundation for economic and social development. The world entered a period of rapid economic growth which contributed to a dramatic increase in life expectancy, reduced infant mortality, and less extreme poverty. But the very economic growth which made these achievements possible, and which was accompanied by a remarkable process of integration and growing interdependence, also contributed to the emergence of environmental constraints on the scale of human activity, rising income inequality and persistent poverty and conflict. COVID-19 is a manifestation of one aspect of a whole range of global catastrophic risks which we now confront and which we need to address in a more proactive way, starting with the implications of accelerating climate change. We need to give serious thought to the kinds of global institutional arrangements which we need to have in place to empower us to deal with the looming crises that are ahead of us and which have the potential to destabilise not only the global economy but our social and political order.